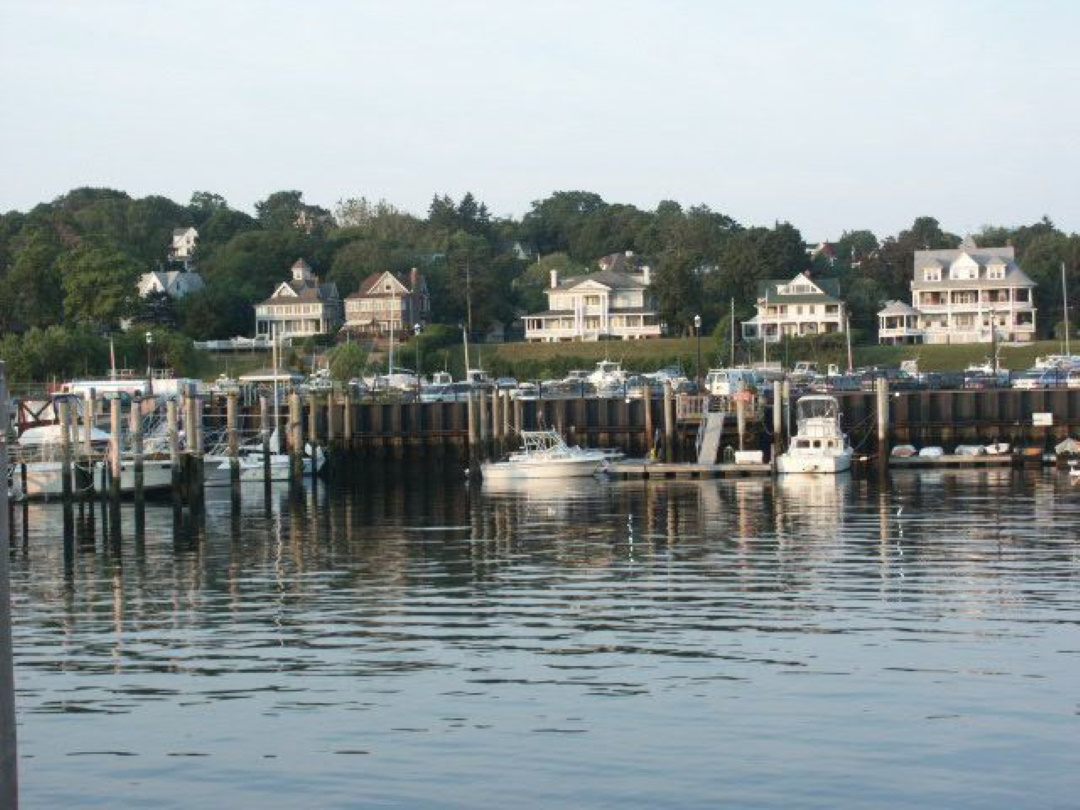 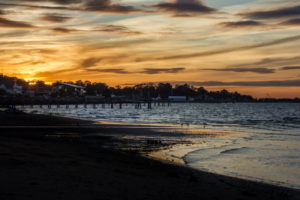 There’s a photograph of my grandparents that I no longer have, but remember with vivid clarity: My grandfather is wearing a pea coat and Greek fisherman’s cap. My grandmother is wearing a jaunty beret and a white winter coat. Her arm is looped through his, and she’s leaning into him so she can also hold his hand with her free one. Behind them, the masts of yachts and fishing boats stretch into a wintry sky.  On the back of the photo, written in her nearly illegible scrawl she wrote: “It was freezing, and the waves all wore white caps, but we came for our walk anyway.”

Their walk wasn’t around the block – their suburban neighborhood had no sidewalks – but up and down each pier in the municipal harbor in the town where they lived where they were first married, where my mother spent her early childhood, where I lived for a year as a baby.

Walking the harbor, as we called it, was more than just a gentler version of a runner’s tour de stade. It was part date, part exercise, part ritual.

When I would visit my grandparents, I’d go with them on these walks. We’d park near the harbor store and restaurant, and then we would start with the fishing piers, greeting the fleet like old friends: “Look, the Sea Cat got a new paint job. Hey! The Atlantic Star is back from drydock!  Oh, gross, the Sea Hunter’s deck needs to be hosed down.” Sometimes, if we were there early enough in the day, the fishermen would still be unloading their catch, and we’d see the piles of bluefish and snapper and buckets of mussels and oysters waiting to be offloaded and sold at local fish markets. Once in a while, one of the guys would recognize my grandfather and offer him a fish or a discount on a charter. He rarely said no.

After the fishing piers were the yachts. These were usually summer people who rented slips for the season. We’d walk up and down and read the names out loud – Suzie Q,  La Sirena, Wave Rider, Sunset Dream – and make up stories about who owned them, and what their lives were like.

The last piers were where the locals tied up. These were dinghies with outboard engines, small catamarans, and trimarans  – the kinds of boats teenagers learned to sail on – and small motorboats that were used mainly for weekend fishing trips or bobbing around the bay.

At the last pier, there was a bench where we would sit and overlook the boat launch. Sometimes, we’d see people carefully backing their cars toward the water, guiding the boat trailer until there was enough draft to release the vessel, and sometimes we saw the process in reverse, as folks pulled their craft out and got them hitched up on the tow trailer again.

As a child, my first fascination was the boats, and that wonderful shippy-tarry scent that you only have in marinas. As I grew up, I appreciated walking the harbor for the opportunity to spend time with my grandparents outside of their house, away from the endless offerings of sweets and coffee. I had glimpses of them as they had been when they were young and falling in love. I heard stories that never got told at the dining room table. I saw the tenderness in my grandfather’s calloused hand as he reached to help my grandmother navigate a step

I also saw them age.

As I got older, they got slower, and we spent more time sitting on benches, watching as the boats rose up and down on the shifting waves, or swung in tiny side-to-side arcs n the wind. My grandfather lost track of his stories. My grandmother clutched my hands with freezing figures even in the heat of summer.

I wasn’t there when they took their last walk together. It didn’t strike me until years after my grandfather had died and my grandmother was recovering from a hip replacement that she’d stop mentioning their walks in her letters.

The last time I walked the harbor was in 2009.  We were visiting our hometown after a family wedding nearby, and even though it was bitter cold and both my husband and my stepfather objected, my mother and I went up and down every pier.

Part exercise. Part ritual. Part family tradition. All a part of my history. I can’t see a marina anywhere without wanting to walk up and down the piers, and when I do, I feel like I can hear my grandparents’ voices on the wind.